Modelcollect AU72195 - BLF-100 is a new kit in Modelcollects Fist of War range.
The BLF-100 is a 2 legged walker with 2 options for arms, the kits folder claims it to be 2 20mm machine guns or 75mm cannon and you get 4 walkers with enough guns for to model all 4 with the same guns or mixed them up. 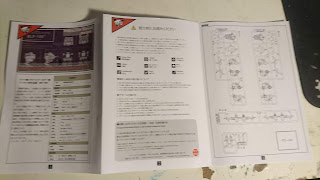 The 20mm machine gun looks like to the MG151 pod as used on Focke-Wulf Fw 190 but the barrels more like 20mm Kwk 38 barrels, no idea where the ammo would go couple of cylinders on top and bottom would fix that, the 75mm cannon arm looks very small for a 75mm gun and the barrel thickness is less then of the 50mm Pak 38 but the barrel is much shorter, looks like it has a magazine for a couple of rounds under need the gun arm which could fit 2-3 rounds max. 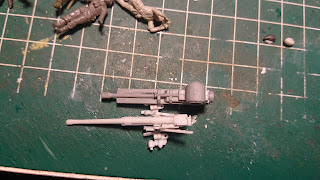 The legs have some good details on them with plenty of nuts and bolts, it could use better ankles and sadly it can only be posed 1 way, it would be cool if it could be posed in a walking mode it is a walker after all, it looks like it could be possible to cut the lower legs and repose them without much trouble. 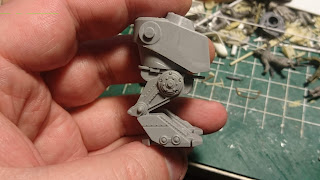 That leave the upper body, compared to the legs its a bit bare, at the front there is the cockpit and at the back would be the engine, the box art shows some grills on the top but there are none, there could be more detail on the back as well, but the cupola is the worse part it as no view ports or periscopes, there is a bump on the front but nothing more, on mine I will replace it and something a bit like the drivers view port of the Panzer IV on the front and slits or flaps on the side. There is a plate on the nose this could be a hatch or add on armor.


I left of the schurtzen over the hips and lower back as it would block some of the detail and make it harder to paint later on. 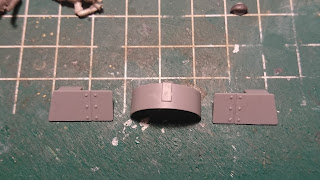 The kits goes together well but there are gaps on some parts.
Overall a bit of a mixed bag some parts are good some not so much but with some extra detail it would make it a nice little kit.
As it is a fantasy model all options are open and it would be easy to replace 1 of the weapon arms and do a arm or a rocket launcher.