CV35 lanciafiamme Or Carro Veloce L3/35Lf, later 60 liter version.
Base kit is the S-model 720004 L3/33 Lf with trailer.
For this I will not be using much from the extra parts just replacement barrels and what I think is the pump.
Still a pretty easy conversion, I did remade the hatches on the engine deck as on the model they are a bit to big, normally not a problem and I only noticed because the mount did not fit.
So far planned are 2 flame version, 20mm version, 1 with a turret and the airborne version but I found a source that claimed that the airborne version is the same as the 60L flame thrower, just think of that sitting in a tiny tank strapped under a bomber with 60L of napalm just behind your head flying over a ocean controlled by the Brits, what could go wrong. 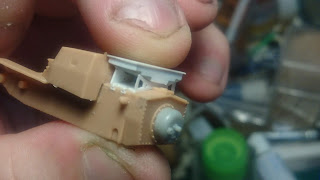 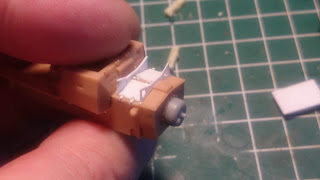 Greetings and thanks for watching
Mondria
Posted by Mondria at 19:45